“The Green Party has endorsed Jill Stein and Ajamu Baraka, and any claims that the Green Party has endorsed or otherwise encouraged support for Donald Trump, Hillary Clinton, or any other representative of the two predatory corporate political parties is a bald-faced lie,” said Stein/Baraka campaign manager David Cobb. “In a year when record numbers of Americans consider both corporate party nominees to be untrustworthy due to their documented history of lying, it’s not unsurprising that many of their supporters would resort to this sort of dishonesty. Sadly, this just makes the political process even more toxic and divisive.”

The false claim has been debunked by the popular fact-checking website Snopes.com, which rated the article’s headline and central claim false (along with similar claims from other sources). 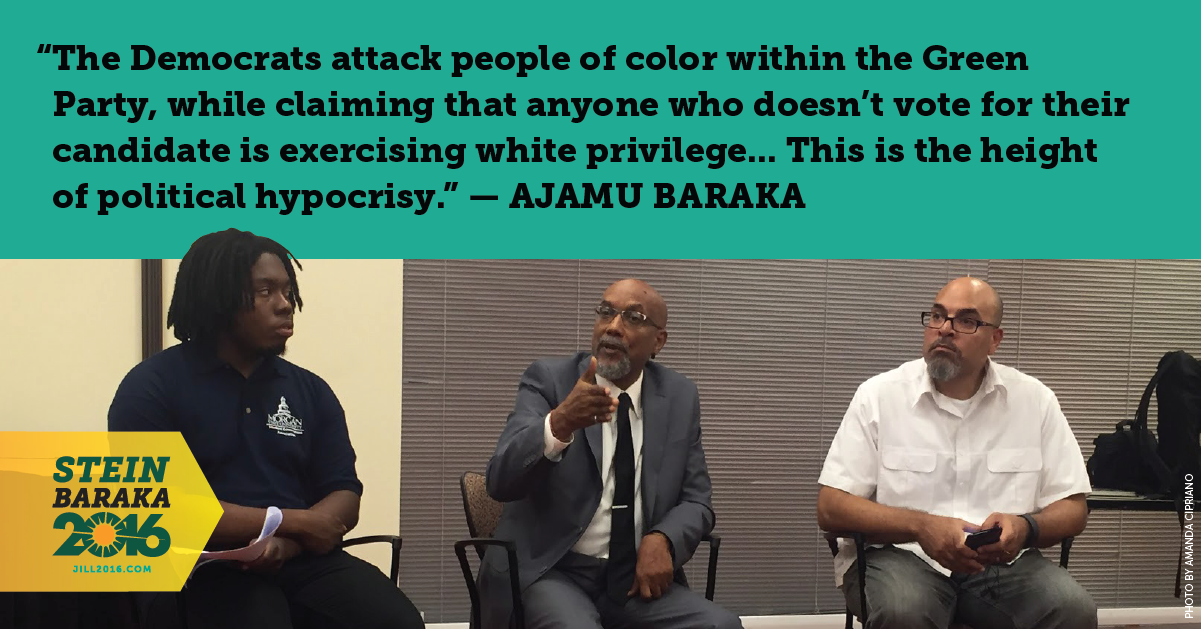 “Daily Kos is notorious for censoring and removing anyone who questions Democratic Party orthodoxy. They even censored Bernie Sanders supporters,” said Cobb. “But to create such a patently false headline to deceive and manipulate people into voting against a party that has received less than 0.1% the media coverage the corporate party candidates have received is beyond the pale. What is especially reprehensible is the personal attack leveled against the author of the piece, Stein/Baraka social media director Jillian Thomas. Read the original piece yourself here and you will see that Jillian merely says that she is less afraid of the Trump-like racism she has experienced her whole life than the violent systemic racism that persists whether Democrats or Republicans are in power.”

“Personally attacking Jillian for sharing her lived experience is exactly the sort of tactic that has people of integrity running for the exits of the Democratic Party this year,” said Ajamu Baraka, Green Vice-Presidential candidate. “The Democrats attack people of color within the Green Party, while claiming that anyone who doesn’t vote for their candidate is exercising white privilege. The Democratic Party has nominated a candidate who has supported racist mass incarceration policies, deportation of Central American refugee children seeking asylum, and ongoing wars that have killed over a million innocent people in Arabic and Muslim countries. This is the height of political hypocrisy.”