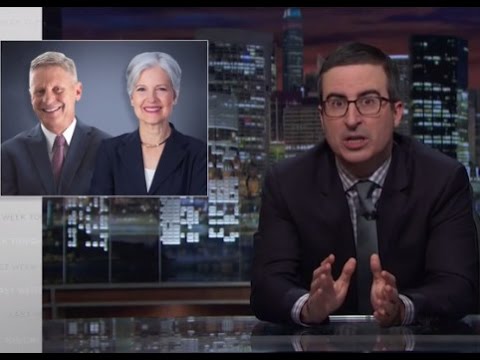 The Jill Stein for President campaign released the following statement after an episode of Last Week Tonight with John Oliver in which he singled out Dr. Stein’s proposal to cancel student debt for criticism:

We were pleasantly surprised when John Oliver’s research team reached out to us regarding several statements that have been frequently taken out of context to ask if we felt they were missing any context, which we promptly provided. It was beyond disappointing to see that our responses were completely ignored. The same tired, misleading attack lines were trotted out, and Oliver chose to misrepresent our campaign on the lone substantive issue that he addressed: our plan to cancel student debt.

When Oliver’s fact-checkers asked if canceling student debt via quantitative easing was the campaign’s current position, we replied that we are considering a range of options in consultation with our economic advisors. Regardless, Oliver singled out canceling student debt via the Federal Reserve, implying both that this was our only option and that it would be technically impossible. In reality, experts say that it is technically possible, even if politically difficult, for the Fed to play a role in student debt forgiveness. And Oliver simply ignored the fact that we had other proposals to cancel student debt on the table. Coming from someone who made a stunt of buying and canceling medical debt on his show, and who claims to want alternatives to the failed two-party system, this disingenuous attack on the idea of cancelling student debt is both puzzling and hypocritical.

Canceling $1.3 trillion in predatory student debt is a top priority for the Stein/Baraka campaign. If we could bail out the crooks on Wall Street, we can bail out their victims – the students who are struggling with an insecure, part-time, low-wage economy. The US government has consistently bailed out big banks and financial industry elites, often when they’ve engaged in abusive and illegal activity with disastrous consequences for regular people. Our society has the resources to provide world-class free higher education to all, and whether we find the resources by canceling the F-35 fighter jet program, reinstating Wall Street transaction taxes, or some other way, all that’s missing to free 43 million Americans from crushing debt is the political will.

In Iceland, the bankers who destroyed their economy are in jail. In the USA, they are laughing at us from country clubs and yachts. Why the difference? Because in Iceland an alternative political party was swept into power, and cleaned house in much the way Stein/Baraka and the Green Party would do. But in the USA the two-party system continues politics as usual, where the leadership of both corrupt corporate political parties collude and conspire against ordinary people on behalf of the economic elite. And that will continue until we the people reject the lesser evil argument and fight for the greater good. That’s why we say — don’t waste your vote on this failed two-party system, invest your vote in building a movement for deep systemic change.news