From the beginning, the establishment has sought to make this election about fear. 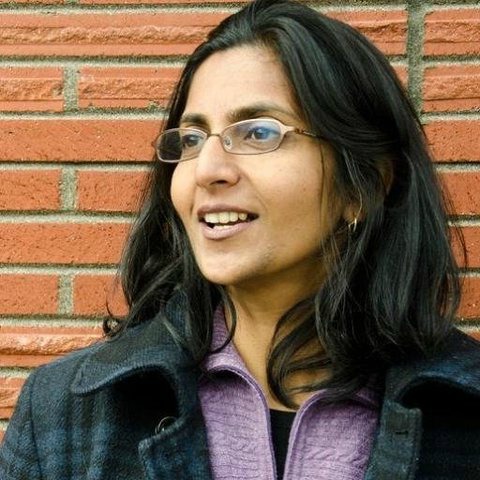 Democratic Party leaders tell us we must vote for their corporate agenda in order to stop Trump and the right wing. Their fear-mongering has grown louder and louder as Clinton’s record has been more and more exposed.

But as decades of bi-partisan attacks on working people have shown, lesser evilism is a failed strategy. In Jill’s own words, “the politics of fear have brought us everything we were afraid of.” The only way to decisively defeat the right is to build the left and our progressive movements.

That is why my organization, Socialist Alternative, and I are proud to endorse Jill Stein for President.

Unlike Hillary, Jill was never on the board of Walmart or bankrolled by Wall Street.

Jill Stein and Ajamu Baraka were the only candidates in the presidential race who went to Standing Rock to stand in solidarity against attacks on indigenous treaty rights and the climate.

Will you stand with me in supporting Jill and Ajamu by making a $60 donation today?

Many will ask you, “What is the point of voting when we know Jill’s not going to win?”

It is true millions of progressives will vote for Clinton in spite of their opposition to her politics, simply to prevent Trump from setting foot in the White House. I understand their desire to see him defeated, but even more important is beginning the process—too long delayed—of building an alternative to the pro-corporate parties monopolizing US politics.

Your vote for Jill Stein matters very much.

Jill’s campaign is an opportunity to rally support for what is widely wanted and needed: radical change. Every vote for Jill is a vote for a national $15 minimum wage, Medicare for all, and for a rapid transformation toward a clean energy economy. It is a down payment for a whole new kind of politics in the years ahead.

Because if we are serious about fighting for a society based on social justice and racial and gender equality, then we must have a broader and longer vision.

Some people ask, “Isn’t it easier to push for change within the Democratic Party than try to build one of our own?”

As Wikileaks and the presidential primary have shown, the Democratic Party is utterly hostile terrain for working people. The DNC did everything in its power to defeat Bernie Sanders. You can’t have a political revolution inside a counter revolutionary party.

We need to strengthen the left today and prepare to build a united party of the 99 percent, completely independent of corporate cash and corporate influence.

Jill and Ajamu accept no corporate donations, and rely on the support of ordinary working people like you.

YES! I will stand with you, Kshama, in supporting Jill and Ajamu by making a donation today.

The tide is turning.

A strong vote for Jill’s campaign, against all the pressures of lesser evilism, will raise the morale and the confidence of working people to build our movements in the months and years to come.

This can be done. But it requires that in these final days we continue to push back against the political and media establishment, and look forward to the future.

It also requires our financial support. We need to give to the Stein-Baraka campaign so they can continue the struggle to build an alternative to corporate politics, and capture every vote possible on November 8th.

It’s in our hands.

P.S. The need for financial support is as important as the need for your vote on November 8 for Jill and Ajamu. Please give as much as you can today.

Kshama Sawant is a member of the Socialist Alternative party, which is in political solidarity with the Committee for a Workers International (CWI). Sawant and Socialist Alternative stand for democratic socialism: “A global society run democratically by and for the 99 percent. A society that allows for a high standard of living for all in an environmentally sustainable manner, without oppression and exploitation.”