FROM STEIN/BARAKA HEADQUARTERS
PERSONAL LETTER OF ENDORSEMENT FROM SUSAN SARANDON 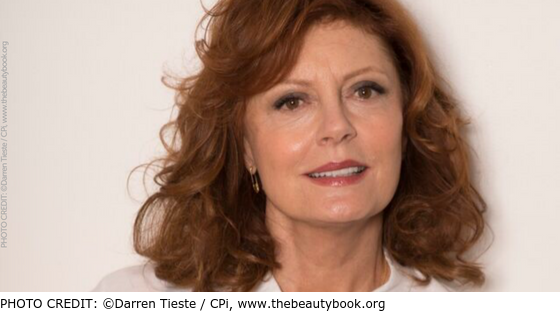 Recently, our campaign received a letter that made our day.

Susan Sarandon wrote to us, and has now officially endorsed Jill!

Because she knows what you know – that we must build a progressive social movement to counter both Donald Trump AND Hillary Clinton.

According to The Young Turks and the Washington Times, Ms. Sarandon said:

“They’re both (Trump and Clinton) talking to Henry Kissinger. She did not learn from Iraq, and she is an interventionist, and she has done horrible things – and very callously. I don’t know if she is overcompensating or what her trip is. That scares me. I think we’ll be in Iran in two seconds.”

And that is exactly what Jill Stein and Ajamu Baraka have been saying. And Dr. Cornel West. And Medea Benjamin. And Chris Hedges. And you. (Hey, you are in pretty good company).

Here’s the letter from Ms. Sarandon to our campaign below.

I’ve been waiting for any indication that Hillary Clinton’s position on the issues that are most urgent to me, has changed. But …

I’m therefore very happy to endorse Jill Stein for the presidency because she does stand for everything I believe in.

It’s clear a third party is necessary and viable at this time. And this is the first step in accomplishing this end.

Fear of Donald Trump is not enough for me to support Clinton, with her record of corruption.

Now that Trump is self-destructing, I feel even those in swing states have the opportunity to vote their conscience.

Friend, with the election looming and everything on the line – WE NEED YOUR HELP TODAY.

Running a campaign is expensive. Getting 5% of the vote will give us a huge boost. To do that, we need your financial help. NOW! Because the costs of technology, travel, staff, the website, our aggressive social media campaigns – it all adds up.

Will you donate at least $120 to help Jill today?

P.S. Help your family and friends invest their vote wisely this year. Help make sure they don’t throw away their vote on a failed 2-party system when there’s a real movement for meaningful social change. Give today!

P.P.S. The stakes are high this time. The voters of America deserve a choice. They deserve the freedom to vote for someone other than the two most disliked politicians in the country. They deserve more voices and more choices, on every level. Will you help us get out the vote in these last 2 weeks so we can get to the 5% that as Greens we all need?