Overall the tone was friendly and cooperative. Of the three precincts I observed (4-2, concord pct 1 & sandstone township 3) being recounted in all but one everyone worked together and there were no challenges in any of them. Results changed slightly in two (Stein gained one vote and Trump 2) and were upheld in the third. While there were some ballots without votes for a candidate for president, the overall number was very small. Everyone seemed to understand the criteria and questions were easily and satisfactorily resolved. Every vote was counted! 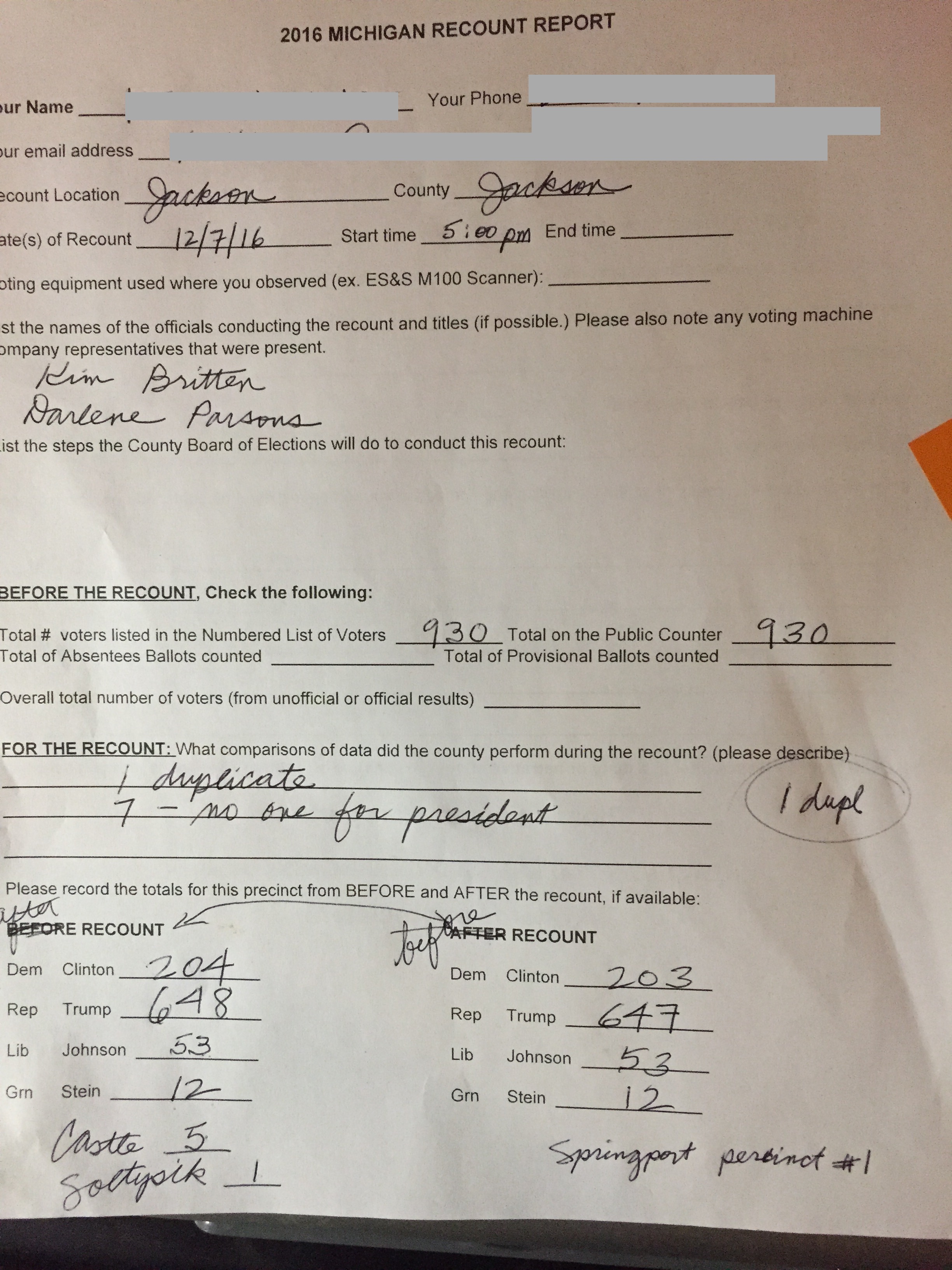