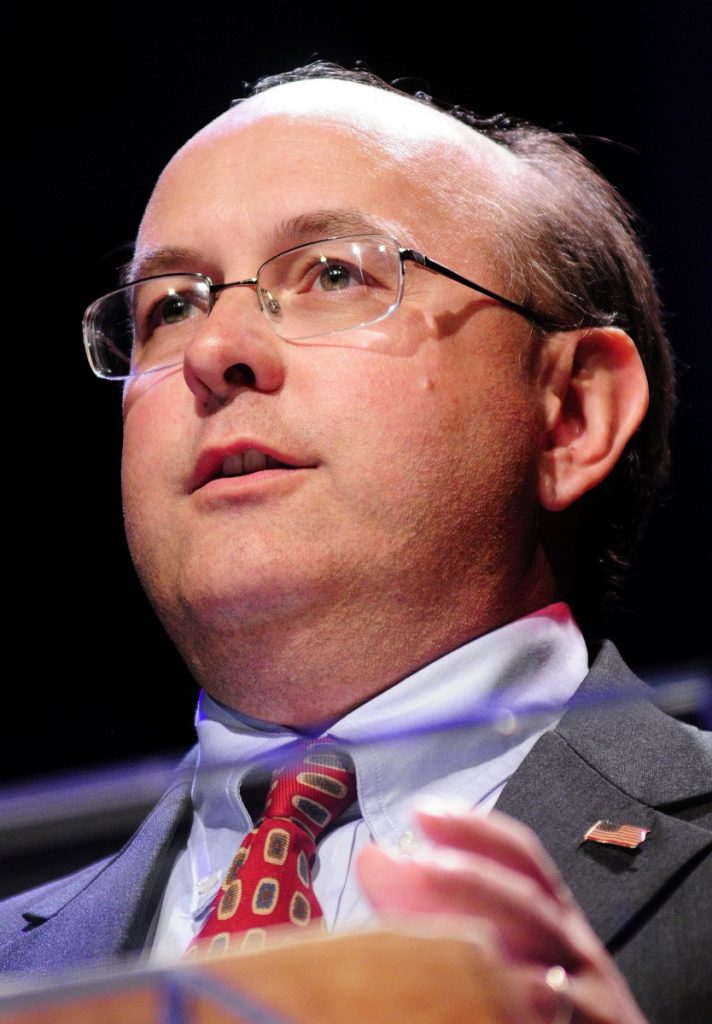 The June 12 vote will be the first in the nation for a statewide use of ranked-choice voting system.

The Maine Supreme Judicial Court took up the case based on a complaint from the Maine Senate, which argued that the state’s top election official, Secretary of State Matthew Dunlap, did not have the constitutional authority to spend money on a ranked-choice election without specific direction to do so from the Legislature.

Attorneys for the Senate, in essence, had argued that Dunlap would be violating the Maine Constitution’s separation of powers clause by moving to conduct a ranked-choice primary in June, as ordered in March by a Superior Court judge in Kennebec County.

But among other findings, the high court determined that it would be in violation of the separation of powers clause itself were it to overrule the current law, approved by voters in November 2016, because there was no pending crisis at hand.

“We are not persuaded by the suggestion that the logistics of implementing ranked-choice voting create a constitutional crisis sufficient for us to ignore the separation of powers problems inherent in these circumstances,” the justices wrote in their 22-page opinion released late Tuesday afternoon.

The justices agreed that a conflict exists within two sections of Maine law, with one section saying elections will be decided by a “plurality” and the other calling for the use of the ranked-choice voting process. To resolve that conflict, the court looked to the most recent changes to the state law for guidance. And those changes made clear that primary elections would be decided using ranked-choice voting, the justices wrote.

“The wisdom of ranked-choice voting is not before us,” the justices wrote. “Our role is to determine and effectuate the intent of the legislation unless it conflicts with the Maine Constitution or the United States Constitution. Neither Constitution is implicated by the questions presented here, but the statutory conflict is clear. Despite the existing reference to plurality voting in the primary elections … both the (Ranked Choice Voting Act) as first enacted by the people in 2016 and the amendments to ranked-choice primary voting enacted by the Legislature in the Implementation Act in 2017 and immediately effectuated through the people’s veto expressly provide for primary elections to be governed by ranked-choice voting.”

In November 2016, 52 percent of voters approved a ballot initiative to make Maine the first state in the nation to implement ranked-choice voting. But lawmakers passed a bill last year delaying the effective date until December 2021 and then repealing the ranked-choice voting process altogether if a constitutional amendment hadn’t been passed by then to address legal concerns.

In February supporters of repealing the Legislature’s repeal of the law turned in 77,305 signatures to the Elections Division of the Bureau of Corporations, Elections and Commissions, and in March Dunlap’s office confirmed the campaign had collected 66,687 signatures from valid registered voters, or more than the minimum of 61,123 signatures needed to put in limbo the Legislature’s repeal of the law until voters could again decide if they wanted to keep the system.

Under Maine’s traditional voting system, candidates who get a plurality, or the highest vote total, are declared winners, even if they receive less than 50 percent in a race with three or more contestants.

In the ranked-choice system, voters would rank candidates in order of preference. If no one had a majority – more than 50 percent of the vote – after the first count, the candidate with the fewest votes would be eliminated. Voters who chose the eliminated candidate would have their ballots added to the totals of their second-ranked candidates, and the ballots would be retabulated. The process would continue until one candidate had a clear majority and was declared the winner.

In late March, attorneys for the Committee for Ranked Choice Voting filed a lawsuit in Kennebec County Superior Court seeking an injunction requiring Dunlap to move forward with a ranked-choice election for the June primaries, after Dunlap raised doubts about whether his office would be able to move forward with the new voting system without additional changes to state law.

Superior Court Justice Michaela Murphy ruled that Dunlap needed to proceed with ranked-choice primaries, but on the same day as that ruling the Maine Senate voted 21-13 to authorize Senate President Michael Thibodeau, R-Winterport, to pursue additional legal action. Attorneys for the Senate did so later the same day in the form of a new complaint to the Superior Court asking it to find, among other things, that Dunlap would be in violation of the separation of powers clause were he to move forward with a ranked-choice primary.

That action triggered negotiations among the attorneys for Dunlap, the Senate and the Committee for Ranked Choice Voting that saw the Senate’s complaint sent to the high court in an unusually speedy process, as the court recognized it needed to give Dunlap a quick answer with the June primary less than 60 days away.

Dunlap’s office has said it needed to know what type of election it was going to conduct by April 20 in order to have time to design, print and distribute ballots to Maine voters serving in the armed services overseas or others voting by absentee ballot.

On Friday, the high court heard from the parties in the case and seemed to focus on several key issues, including whether the Senate, as one half of the legislative branch, should have standing before the court in a separation-of-powers complaint. The justices also seemed to mull whether any party could show it had yet been harmed by the new law. As it stands ranked-choice voting will be used for a total of four primary races in Maine, including the Democratic and Republican gubernatorial primary races, a five-way Democratic primary that will select the candidate to challenge incumbent Republican U.S. Rep. Bruce Poliquin in the 2nd District, and a three-way race to determine the Republican candidate for Maine House District 75.

The decision Tuesday drew praise from Kyle Bailey, the campaign manager for the Committee for Ranked Choice Voting.

“The Maine Legislature has changed or repealed all four of the initiatives passed by Maine voters in 2016,” Bailey said in a prepared statement. “Today’s decision by the Maine Supreme Court confirms that the Maine people are sovereign and have the final say.”

Meanwhile, Kate Knox, an attorney for the committee, pointed out the court’s ruling also determined that the cost of a ranked-choice primary for the state was an estimated $89,000 – a figure far lower than what opponents to the new voting system were suggesting. Knox said the ruling “has put to bed lingering questions about the constitutionality of ranked choice voting for use in primary and federal elections.”

While Democrats have been largely supportive of the ranked-choice voting law, Republicans have opposed it based on its conflicts with the Maine Constitution and its call for plurality elections.

House Speaker Sara Gideon, D-Freeport, said Tuesday she was pleased with the court’s decision and swift action on the matter.

“Mainers have said clearly that they want election reform and they want it now,” Gideon said. “The court has been clear in their ruling that ranked-choice voting is the law of the land. I am hopeful that the Secretary of State can now carry out this June’s election without further interference ”

Thibodeau issued a statement Tuesday night thanking the justices for providing clarity on some of the questions the Senate had raised about ranked-choice voting, but he noted that “the court’s ruling was very narrow in scope and only applies to the June primary.”

“The court did not address the many remaining constitutional questions regarding this system of voting in Maine,” he added. “From the beginning, our primary concern has been the integrity of Maine’s voting system, and we remain concerned about the citizens of Maine having confidence in it.”

He said that in the short time remaining in the current legislative session, “we will consider what we can do to ensure the election process goes smoothly on June 12th.”

A spokeswoman for Dunlap said the Maine Secretary of State’s Office had no comment Tuesday night but would issue a statement on Wednesday.