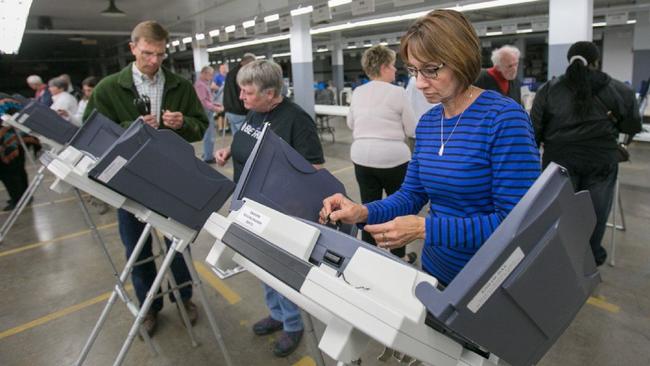 Gov. Tom Wolf wants Pennsylvania counties to replace and upgrade their voting machines before the 2020 election. Under the plan, counties would use machines that create a paper backup as an added layer of security and accountability.

While key details, including cost, financing and the specific machines counties can choose from still need to be worked out, here are important things to know about the process.

How would the new system work?

A growing national trend is a system in which each voter creates a paper ballot that is then scanned into a statewide collection system. Differences among systems involve when the ballots are printed, who scans them into the system and where the scanning takes place. Once scanned, the votes can be tallied quickly.

Wait, didn’t we move away from paper ballots?

The Lehigh Valley phased out paper ballots starting in 2006, when digital machines replaced mechanical devices. The country made the switch after the 2000 presidential election, which introduced the phrase “hanging chad” into the political lexicon. Purchasing the current voting machines cost Lehigh County about $3.5 million, said Tim Benyo, the county’s chief clerk of registration and elections.

Northampton County’s machines cost $1.7 million, and they were purchased after a fatal glitch was discovered in an earlier round of machines the county bought for $2.1 million. It had to revert to its old mechanical machines briefly in 2007, before the second batch of machines arrived.

Would this change make voting machines harder to hack?

Yes and no. Individual voting machines are already difficult to compromise.The machines used in Pennsylvania are not connected to the internet, meaning hackers could only alter votes by hard-wiring into them. The machines are not connected to each other, so hackers would have to hack into hundreds individually to commit widespread fraud. That said, newer voting machines should be more secure, with better operating systems and other software.

If security is the main concern, Pennsylvania’s main focus should be the voter registration database. Russian hackers targeted Pennsylvania’s database along with 20 other states ahead of the 2016 presidential election. To state officials’ knowledge, the hackers didn’t infiltrate the system, but Illinois has acknowledged its defenses were breached.

Wanda Murren, a spokeswoman for the Pennsylvania Department of State, which oversees voting, said lawmakers have discussed buying new software to better protect the database. The Department of Homeland Security is scheduled to assess the state’s cybersecurity measures in June, Murren said.

How much would new machines cost?

The cost of replacing the 25,000 or so voting machines in Pennsylvania is still unclear, Murren said. Early estimates fall between $95 million and $153 million depending on what machines get certified by the state, which model each county selects, licensing fees, training costs and any bulk discounts. Douglas Hill, executive director of the County Commissioners Association of Pennsylvania, pegs the cost at about $125 million.

Dee Rumsey, Northampton County’s chief registrar, is investigating what its costs might be. Benyo figures the price tag would be close to the $3.5 million paid to upgrade a decade ago. There’s talk of state and federal aid for replacing the machines, but nothing has been finalized.

Why spend so much if voting machines aren’t at risk of being hacked?

Hill’s organization has called for years on Pennsylvania to upgrade its voting machines, saying the devices have approached their end-of-life usefulness.

The new machines also would allow the state to audit voting-machine results, something that can’t be done now, he said. While the state, counties and commissioners’ association maintain that voter fraud is either nonexistent or extremely rare, the audit system would put to rest any doubts.

While Wolf’s announcement stressed the additional security measures, even the news release indicates that perception played a role.

“Everybody needs to have confidence in the voting process, and given what is alleged to have happened in 2016, I think there’s some concern that maybe people aren’t as confident as they should be,” Wolf said.