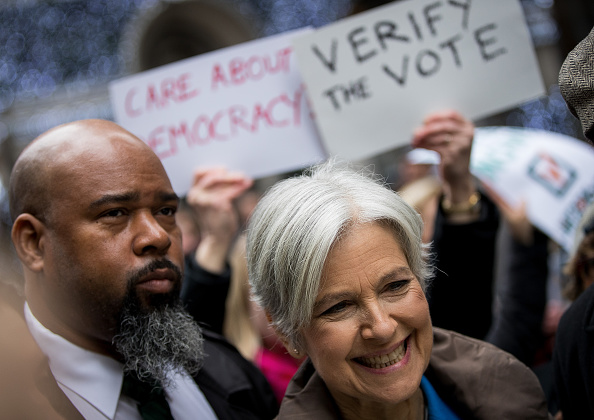 Today, Green Party 2016 Presidential nominee Jill Stein announced the formal settlement of her 2016 lawsuit against the state of Pennsylvania. The lawsuit called for an end to the use of paperless voting machines known to be vulnerable to hacking, tampering and error, and for the reform of unworkable recount procedures that prevent verification of the vote. The settlement guarantees that Pennsylvania will provide new voting systems using paper ballots by 2020, followed in 2022 by automatic robust audits after every election to confirm the accuracy of the vote before results are certified.

Stein declared, “This is a critical victory for everyone concerned with the integrity of our elections. We congratulate the state of Pennsylvania for raising the bar not only for Pennsylvanians, but for voters everywhere. By agreeing to end the use of paperless voting machines, Pennsylvania is not only safeguarding its citizens’ right to vote. By example, the agreement is also a big step towards the retirement of paperless voting machines that one in four voters across the nation are still required to use, despite their demonstrated vulnerability to hacking, tampering, and error. Automatic robust audits provide an essential safeguard by cross-checking paper ballots against machine totals using hand counts and the human eye to make sure every election is verified before the results are official. These two reforms are a first step to restoring confidence in our broken elections.”

“With this settlement, Pennsylvania will go from an election integrity backwater to a national leader,” said Ilann M. Maazel, of Emery Celli Brinckerhoff & Abady, counsel for the plaintiffs. “We will be watching closely to ensure Pennsylvania implements every one of these important election reforms.”

In 2016, Jill Stein’s presidential campaign conducted a multi-state recount campaign in Wisconsin, Michigan and Pennsylvania on behalf of thousands of concerned voters across the nation. Powered by over 10,000 volunteers and 161,000 donors contributing an average of $45 per person, the recounts of 2016 brought into the national spotlight the urgent call for elections we can trust, that are accurate, secure and just, and free from Jim Crow voter suppression.

In Pennsylvania, thousands of voters calling for a recount were thwarted by a bureaucratic nightmare of vague, obstructive rules requiring at least three voters in each of over 9,000 precincts to file notarized requests by undefined deadlines at unknown locations – all of which was required within days following the election. After multiple attempts to compel a statewide recount were blocked, Jill Stein and five citizen plaintiffs challenged the state’s reliance on paperless voting machines and its dysfunctional procedure for recounts in federal court.

In addition to paper ballots and automatic audits, the settlement reached today allows Jill Stein and fellow plaintiffs to designate observers to ensure that the state carries out its commitments in full. Today’s agreement builds on the state of Pennsylvania’s statement in February 2018 requiring voting machines with a paper trail by the 2020 elections – an apparent concession announced the very day of a court-imposed deadline for the state to respond to the recount lawsuit. Today’s agreement goes further by replacing the requirement for a paper trail with a paper ballot specifically – a far more secure, reliable and enduring record of the actual vote cast.  Furthermore, the court will retain jurisdiction to enforce the settlement agreement. The state has also agreed to pay $150,000 in attorney’s fees to the plaintiffs.

The Stein campaign is still in court in Wisconsin, where they have established the right to examine key voting machine software for evidence of tampering or errors that could compromise an election. The Stein campaign is still fighting a gag rule sought by voting machine corporations to prevent any public disclosure of the findings, a move that could bury discoveries critical to the security and accuracy of our elections.

The Stein campaign has committed to distributing any recount money left over – after recount-related litigation is completed – to election protection / voting justice organizations that will be chosen by the recount donors.

Stein observed, “The continuing controversies, uncertainties and injustices of the 2018 midterm elections, including the epidemic of voter suppression, illustrate the ongoing crisis of our elections. This includes many instances of machine malfunction reported in New York, California and Arizona and vote flipping observed in Pennsylvania, North Carolina, Texas and Illinois. These problems underscore the importance of the solutions provided in today’s settlement – paper ballots and automatic robust audits – which together ensure that any errors in the count will be detected and corrected.”

“To provide an overarching framework for restoring trust in our elections, the Stein campaign and the 2016 recount team have called for a nonpartisan Citizen Commission for Election Protection & Voting Justice to push for urgently needed follow-on reforms –  including an end to voter suppression, gerrymandering and barriers to voting, and the adoption of open debates, ranked choice voting and proportional representation, public financing of elections, fair access to the ballot, and rigorous chain of custody laws to safeguard ballots cast.”