DEC 07, 2016Branch Country, Bronson Township, Precinct 1. Count matched. All candidate counts matched.A Trump represented showed up halfway through the counting and started acting as a challenger. I asked him whether he was the official challenger or if the first person who remained was. I felt he was purposely slowing the process. He eventually left and started bothering another table.

DEC 07, 2016Branch County, Quincy Township, Precinct 2. The ballot container had a broken seal. The broken seal did not match the documentation. A note said the seal was broken in transit. County officials determined the precinct to be eligible for recount.

First two townships I observed were deemed non recount able because of compromised containers. Frustrating, as even though compromised the damage was not evidence of tampering and one broken seal was the fault of the county clerk who resealed it. A container resealed by an official should have been countable.
The other was a rip about 4 inches long in the container bag. The township should have replaced that bag earlier. It did not appear to be a new tear.

I took over for two observers who had to leave, so I completed the attached reports (2). 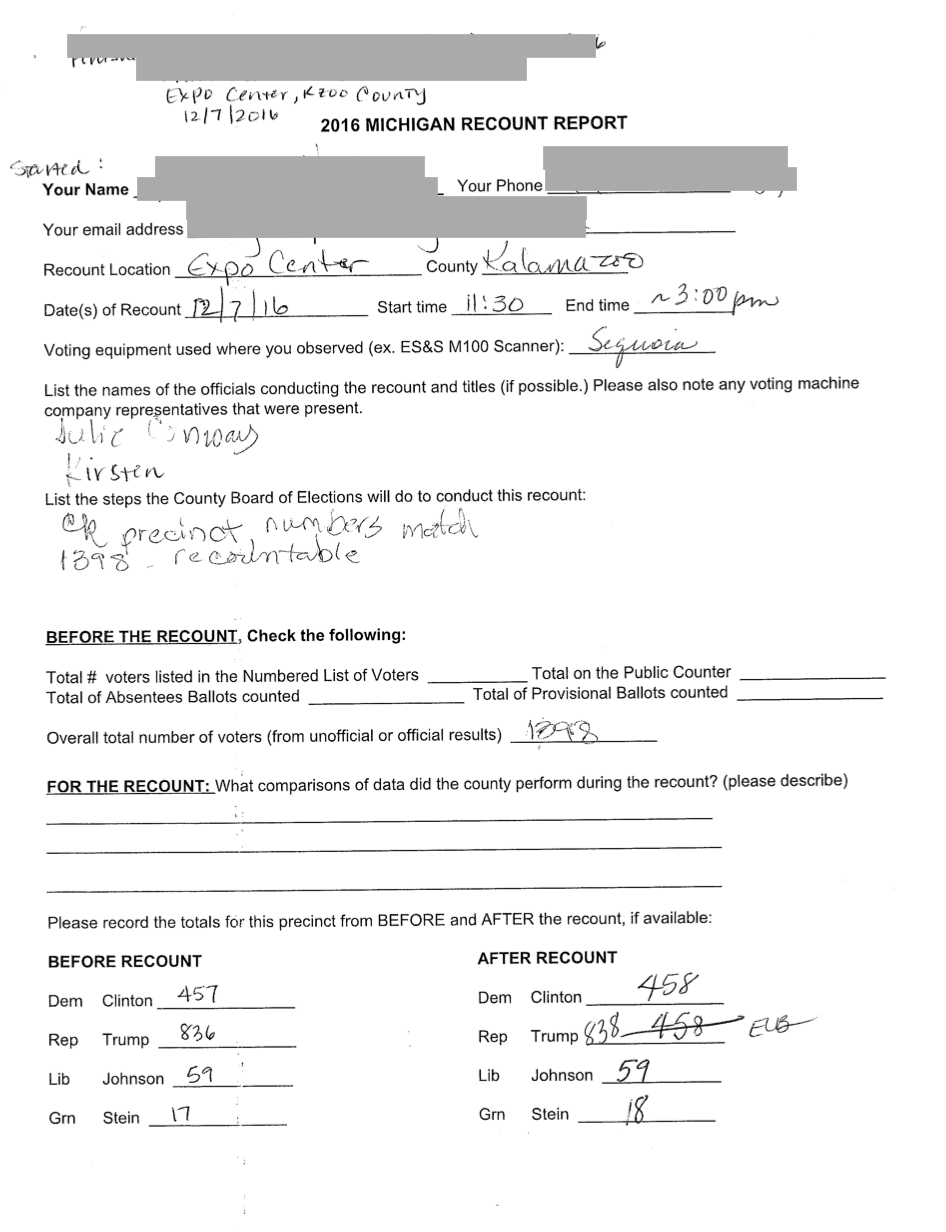 The first two ballot containers were deemed NOT RECOUNTABLE due to not being sealed correctly. One of the canisters had a metal flap that covered an elongated hole — the flap was not secured down into the lid. The second rejected container was not secured in a way that could prevent tampering. Both containers were very old and in need of being replaced. 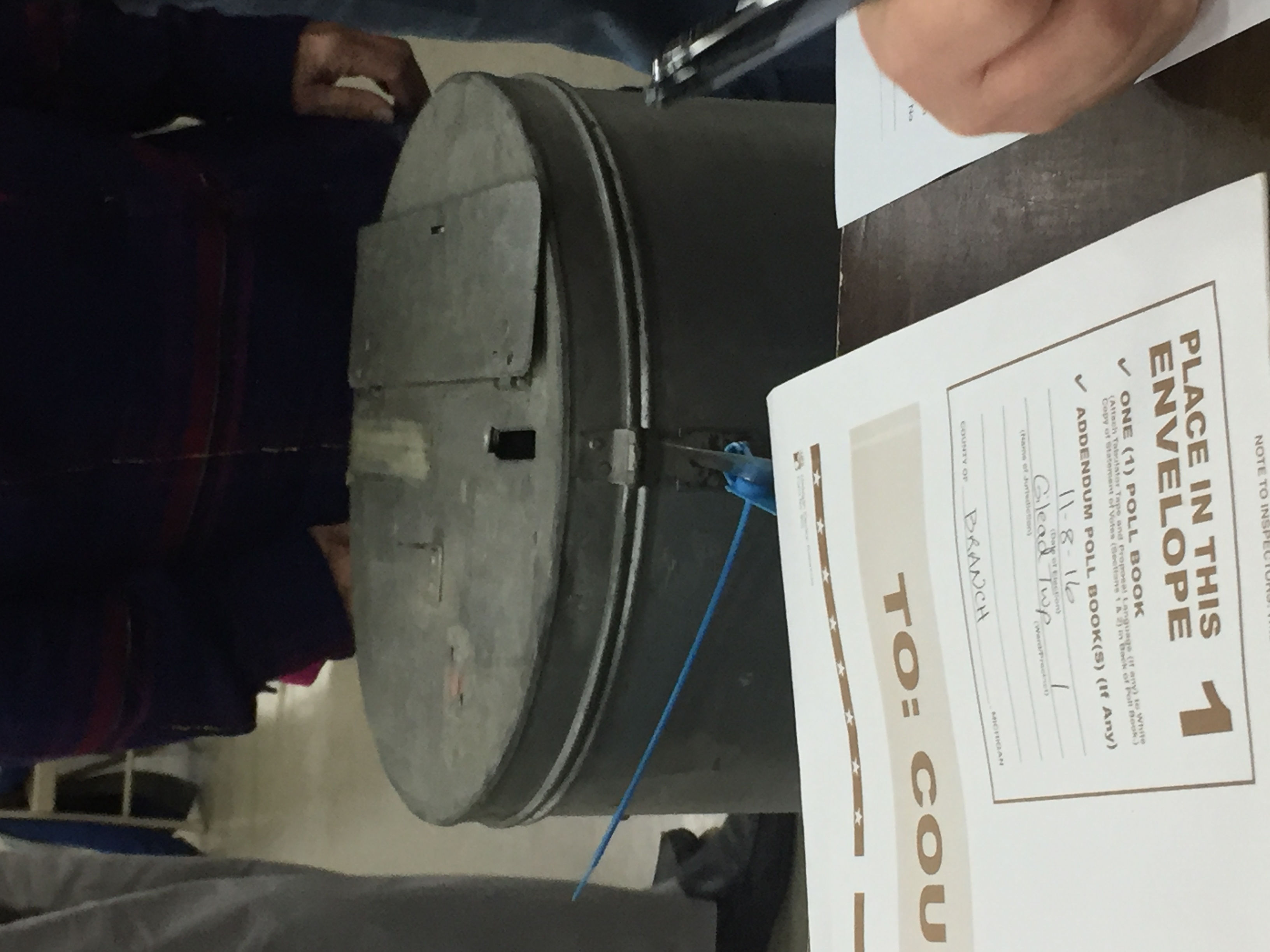 The recount was for Oshtemo Township Precinct 1. The original and recount totals were the same, 695 voters. After a thorough recount, Clinton gained one vote for the precinct. 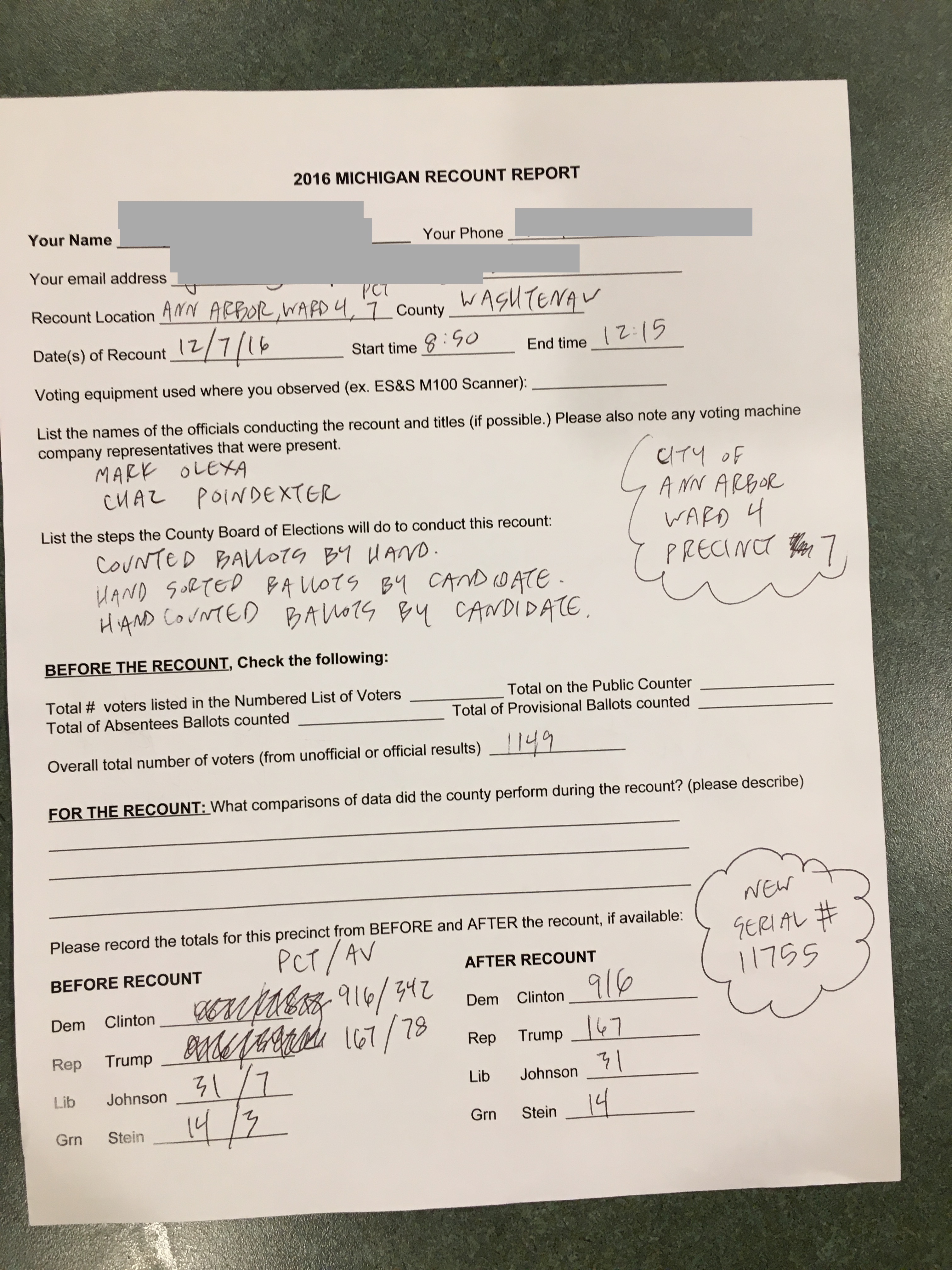