At a press conference this morning, Dr. Jill Stein told the assembled media, guests, and a live TV audience tuning in to C-SPAN that she is “testing the waters” and forming an exploratory committee to seek the Green Party’s nomination for President of the United States. More information about the exploratory committee can be found at Jill2016.com. 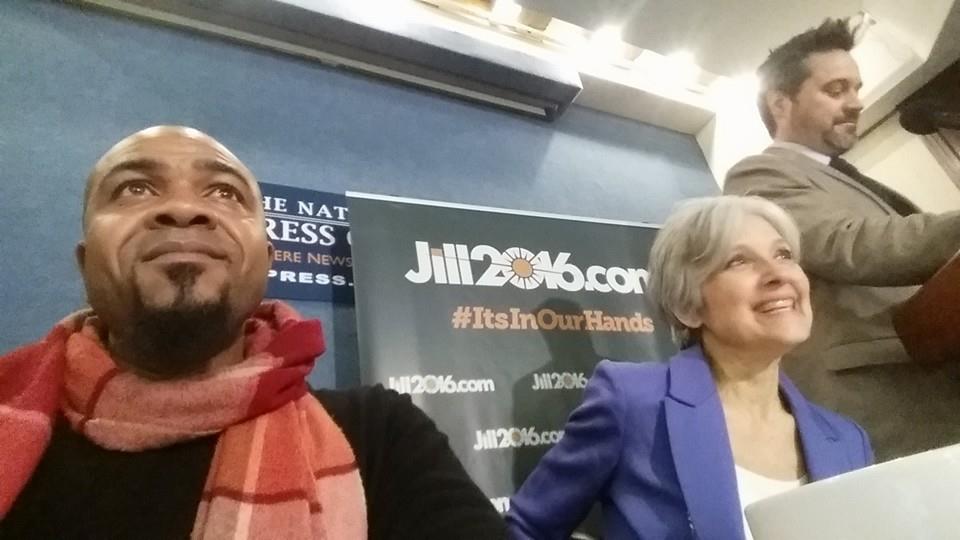 The declaration came just hours after Dr. Stein’s exclusive interview with ABC News made a splash on the Yahoo! News homepage.

In her prepared remarks, Stein noted that the “demand for deep change has grown to a fevered pitch. Workers are fighting for living wages and the right to a union. Students are demanding an end to college debt that’s crippled a generation. Young people are leading the courageous Black Lives Matter movement to end police militarization and racist violence. Momentum is growing against abusive high stakes testing that forces poor kids down the deadly school-to-prison pipeline. The fight is building against predatory mass incarceration. Hard-working immigrants are standing up for a humane path to citizenship, not simply a three year deferral of deportation. Frontline and indigenous communities are leading the resistance to toxic fossil fuels that threaten to disrupt civilization as we know it in our lifetime.”

Stein was the Green Party’s 2012 candidate for President of the United States. She is an organizer, physician, and pioneering environmental health advocate. She has helped lead initiatives promoting healthy communities, local green economies and stronger democracy – including campaign finance reform, green jobs, racially-just redistricting, and the cleanup of incinerators, coal plants, and toxic pesticides.

Speaking to the potential that Dr. Stein represents to the groups traditionally tied to the Democratic Party – such as the labor movement – Richard Monje, a union leader with the group Chicago ad Mid-West Regional Joint Board of Workers United, issued the following statement:

“Jill Stein will be a voice in the electoral arena that will represent all workers and will fight for our right to organize. As long as the union movement allied itself with the Democratic Party only, the power of workers in general, and unions specifically, will continue to decline.”

“I am so glad to see that she has the energy and persistence to consider running for President again in 2016. She has great integrity, a deep understanding of the root causes of the many crises we face and the courage to challenge the system so that we create a healthier and more sustainable society and planet.”

Also urging Dr. Stein to run for President in 2016 were Anita Rios, the 2014 Green Party nominee for Governor of Ohio, along with local recording artist Head Roc, known worldwide as the “Mayor of DC Hip Hop.” Both Rios and Head Roc spoke at the news conference today. Video of their remarks will be available at Jill2016.com by late afternoon Friday.