What Really Happened at the DNC

If you had hopped onto social media for just a minute, you would have heard that the political revolution took a turn during last week’s Democratic National Convention.

Many delegates who supported insurgent Democratic presidential candidate Bernie Sanders felt disrespected and disenfranchised by a process that was rigged against them from the start. Once Sanders moved to suspend the DNC’s rules and nominate Hillary Clinton, hordes of Sanders delegates walked out in protest.

That’s the moment when the modern Democratic Party unraveled.

And Jill was right there in the center of it.

Last week, she was on a mission in Philadelphia to speak about the injustices of a corporatist party that — as we now know from the leaked Democratic National Committee emails — actively worked against Sanders and the millions who supported him.

And I can tell you: the hero’s welcome that Jill received in Philly removed any doubt in my mind that our campaign is launching the new party of the people America desperately needs.

Our campaign is forming several workgroups to develop campaign activities and events around our key issues. The first workgroup will be on climate justice. Contact coordinator@jill2016.com if you would like to help.

In the meantime, I want to share some of our favorite photos from Jill’s adventures dealing with the media, torrential rain and mobs of revolutionaries who fell in love with her: 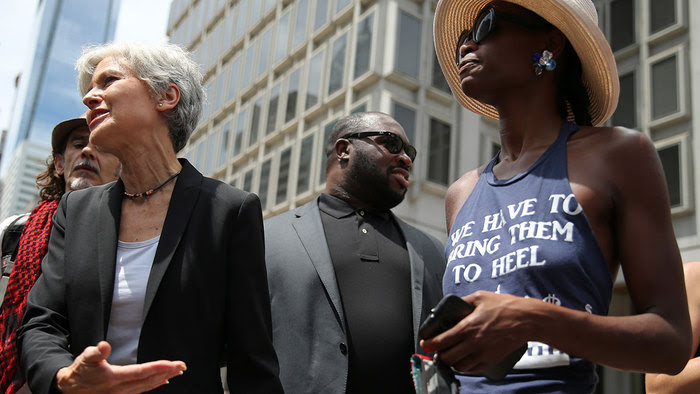 YahNe Ndgo, a prominent spokesperson for the Bernie or Bust movement who has now thrown her support behind Jill, stands with Jill while she speaks to a clamoring crowd outside the Democratic National Convention in Philadelphia. 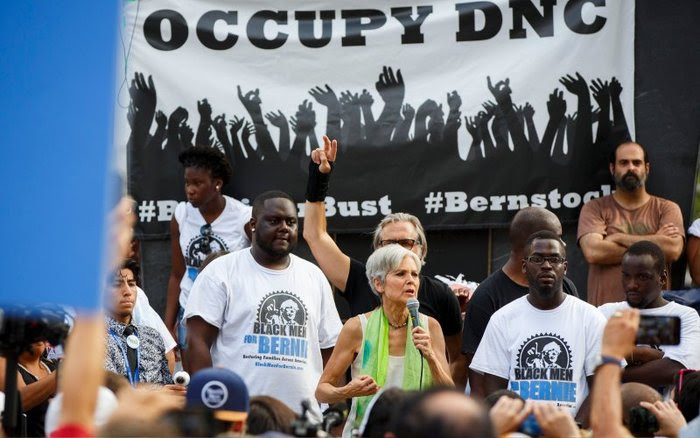 Black Men for Bernie invited Jill to speak to the crowd at their rally while the Democratic Party began going through its motions inside the Wells Fargo Center. 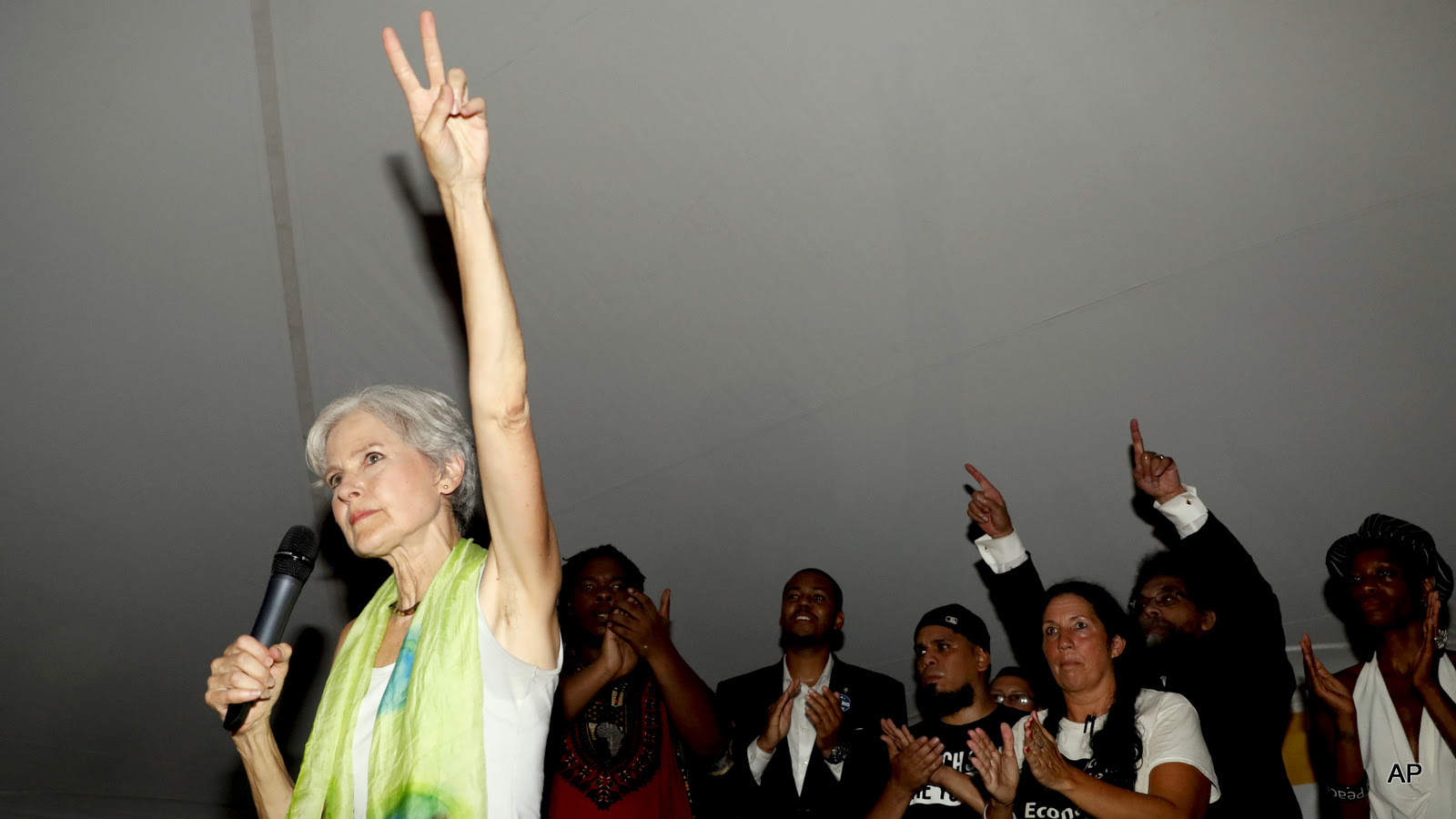 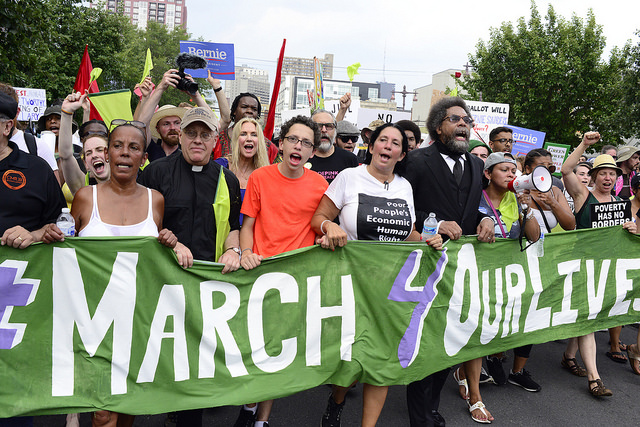 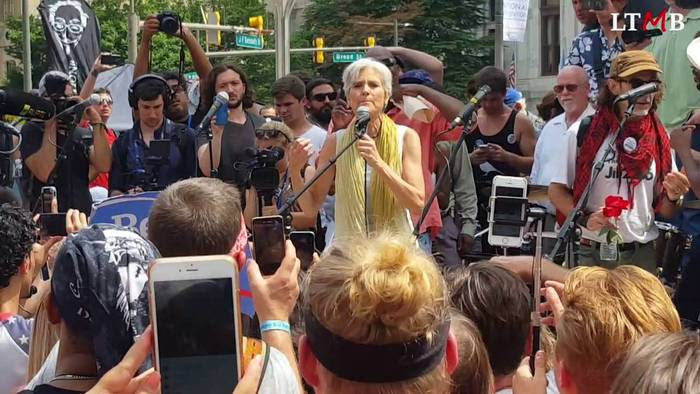 The media swarmed around Jill as she spoke to a crowd of Bernie or Busters. The mainstream media has been clogging the airwaves with the DNC narrative that the Democratic Party was unifying behind Clinton. In reality, the DNC was hustling to silence Sanders delegates, even locking many out of the convention hall. Here’s coverage from MSNBC, the Washington Post and FOX News. 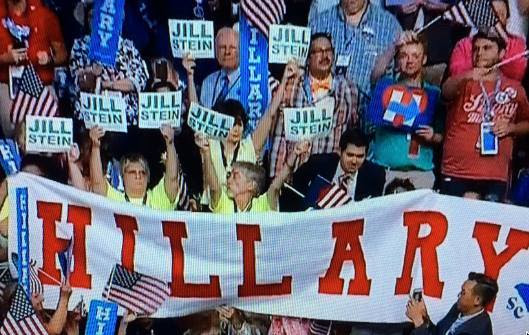 Because the media was blacking out dissent among Sanders delegates in the Wells Fargo Center, some of them — who also supported Jill — videobombed live TV coverage by holding up Jill’s rally signs. 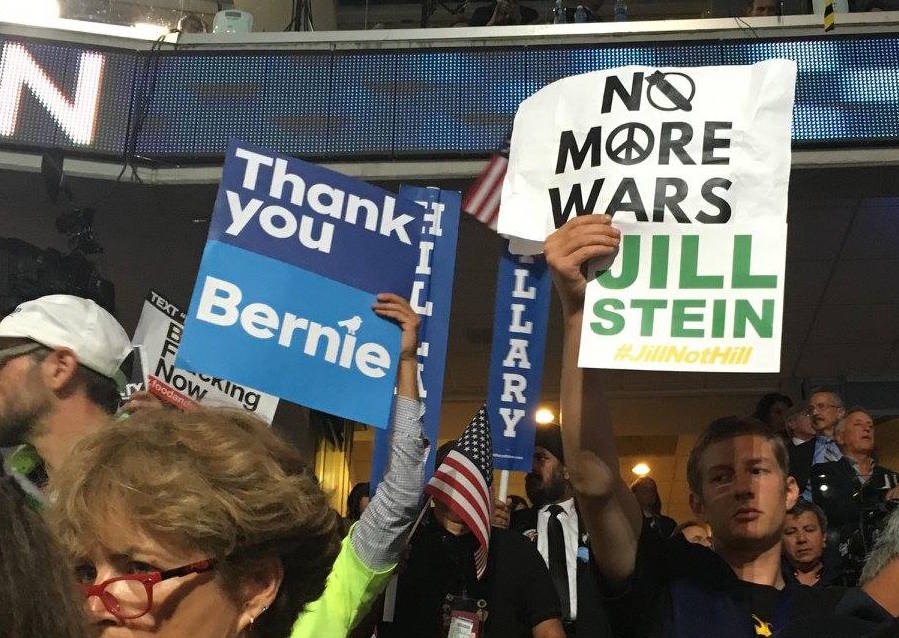 Clinton delegates received instructions to drown out Sanders delegates’ cries of “No more war” with chants of “USA! USA!” Despite the DNC’s many attempts to squash voices of dissent on the convention floor, many Sanders supporters managed to express their support for Jill’s candidacy. One Arkansas delegate who supported Sanders had his credentials taken away for holding up a “No TPP” sign. Now he’s going Green. 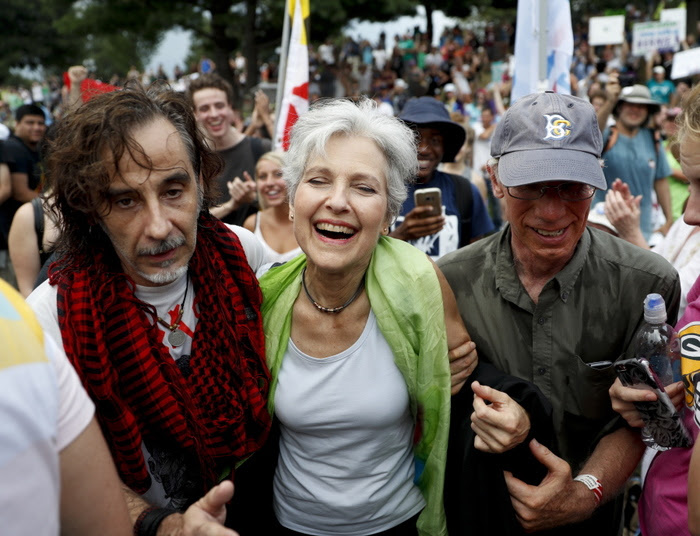 Rarely was Jill not surrounded by a crush of supporters and press outside the Wells Fargo Center. Here, she walks away from a wild crowd with National Field Director Adrián Boutureira and National Volunteer Coordinator Jonathan Fluck.


Jill’s popularity has soared along with her donations. We need to keep up the momentum so Jill can continue traveling to spread her message and hire top-notch staff.

Our campaign is forming several workgroups to develop campaign activities and events around our key issues. The first workgroup will be on climate justice. Contact coordinator@jill2016.com if you would like to help.

Thank you for all you do to help us ride this growing wave of enthusiasm and support.