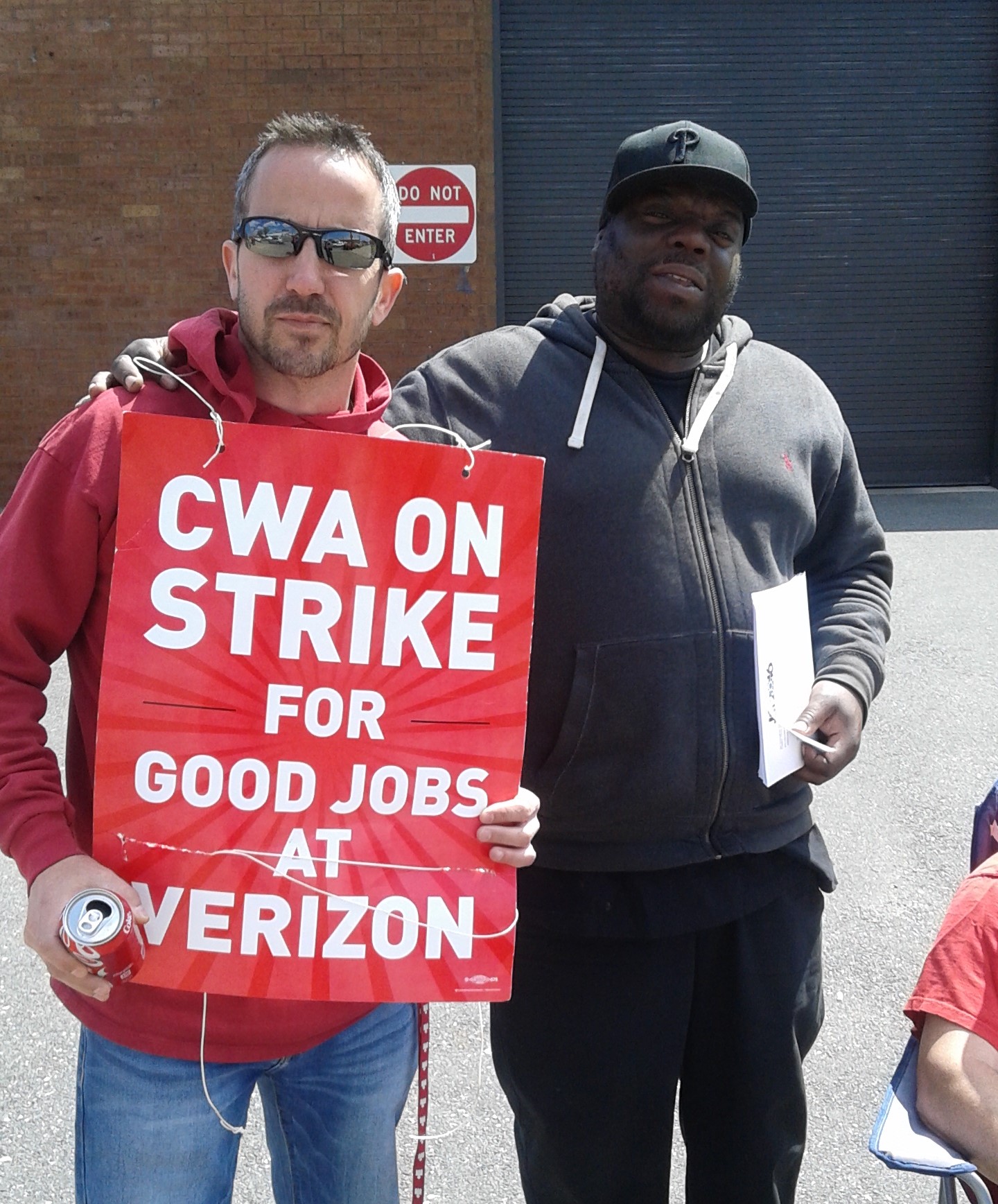 “We stand in solidarity with the 40,000 Verizon workers who are challenging corporate greed. Too many American companies have joined in the global race to drive workers’ wages and living standards to the bottom. As President, I will strengthen the right of workers to unionize and to stand up to corporate greed,” said Stein.

Stein pointed out that it was time for workers and unions to support independent politics, rather than blindly supporting Democratic Party politicians even when they support anti-worker initiatives such as NAFTA and the TPP, or fail to follow through on their promises to workers as Obama did after the 2008 election.

Verizon made $39 billion in profits over the last three years. Yet the company is seeking to gut job security protections, contract out more work, offshore jobs, and require technicians to work away from home for as long as two months without seeing their families. Verizon is refusing to negotiate any improvements in wages, benefits or working conditions for Verizon Wireless retail workers.
Even after significant worker concessions on healthcare, Verizon is attempting to make devastating cut backs, including:

Stein noted, “Verizon is a case study in corporate greed. While squeezing its workers on all fronts, it raised CEO compensation to over 18 million dollars in 2014 and paid no federal income tax between 2008 and 2012, despite being consistently profitable.”

Stein noted that over the last 3 decades workers’ income has declined as corporate profits and CEO executive pay have increased. “We need an independent party that advocates for the rights of the 99% rather than the profits of the 1%. We need to create an economy that focuses on raising the living standards of workers and all Americans,” added Stein.