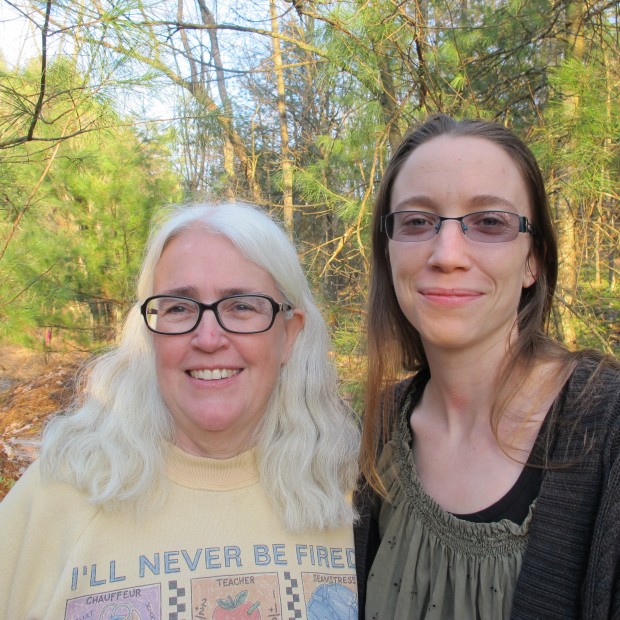 Green Party presidential candidate Dr. Jill Stein spoke out today in support of protestors fighting the encroachment of Sunoco Logistics Partners’ planned Mariner East 2 pipelines in a sensitive wetland area of rural Huntingdon County, Pennsylvania.  “The abuse of eminent domain seizures as a legal strategy to violate the rights of land owners and trample environmental regulations has left citizens no choice but civil disobedience to make their voices heard,” said Stein on Friday.

Environmental activists have converged on Ellen and Stephen Gerhart’s property in Union Township to resist efforts to clear-cut their family’s homestead in preparation for construction of a pipeline carrying natural gas liquids (NGL).  Resident Elise Gerhart (pictured with Ellen Gerhart) and several other activists took to the trees on Tuesday to blockade cutting crews after the Pennsylvania Department of Environmental Protection failed to prevent the widespread destruction of waterways and migratory bird habitat.

“The building of these pipelines to facilitate natural gas extraction only accelerates the disastrous effects of climate change already threatening our planet,” Stein noted. “I stand with the pipeline blockaders in the Marcellus Shale and elsewhere, and call on the authorities in Huntingdon County to stop the repression of these activists struggling against wholesale environmental destruction.”

Activists Alexander Lotorto and Elizabeth Glunt, along with landowner Ellen Gerhart, have already been arrested and charged with indirect criminal contempt and disorderly conduct for alleged interference with the crews hired by Sunoco Pipeline L.P. Huntingdon County President Judge George Zanic has set bail for the activists at up to $200,000 after issuing emergency injunctions in favor of Sunoco. Lotorto is on the third day of his hunger strike in Huntingdon County Jail, where he is being held without legal representation.

“We said no and stood up to this illegal clear-cutting on our land, and we plan on continuing our resistance in order to hold Pennsylvania DEP accountable, and keep Sunoco at bay. It’s time for Judge Zanic and local authorities to release our land defenders because they have done nothing wrong. We encourage all landowners to resist the pipelines and sign no easement agreements,” said Elise Gerhart in a phone interview from her perch Friday morning.

Dr. Jill Stein has continued her calls for a radical rethinking of U.S. energy policy. “This is another example of how hydraulic fracturing for fossil fuels is devastating the environment in Pennsylvania and beyond, and driving runaway climate change worldwide. It’s also denying us far more green energy jobs that are healthy for workers, communities and the economy. It’s time for a political system that puts the welfare of people and the planet above corporate greed,” concluded Stein.