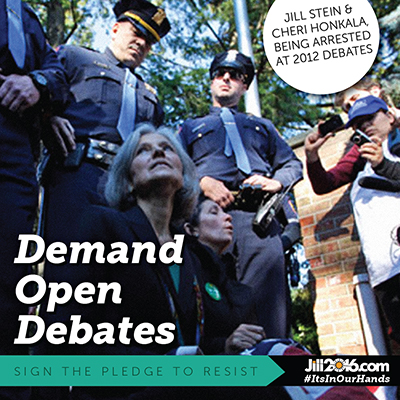 A protest will be held in front of the campaign headquarters of Hillary Clinton, calling upon her to support the inclusion in the upcoming presidential debates of all the candidates on enough ballots to win the Electoral College.

This is part of an ongoing series of nationwide protests to open up the debates. Individuals planned to participate in nonviolent civil disobedience at the upcoming presidential debates if they are not opened up to candidates other than of the two parties that control the Commission on Presidential Debates.