Labor Day: Time to Reflect on Economic Reality and Remake Our World 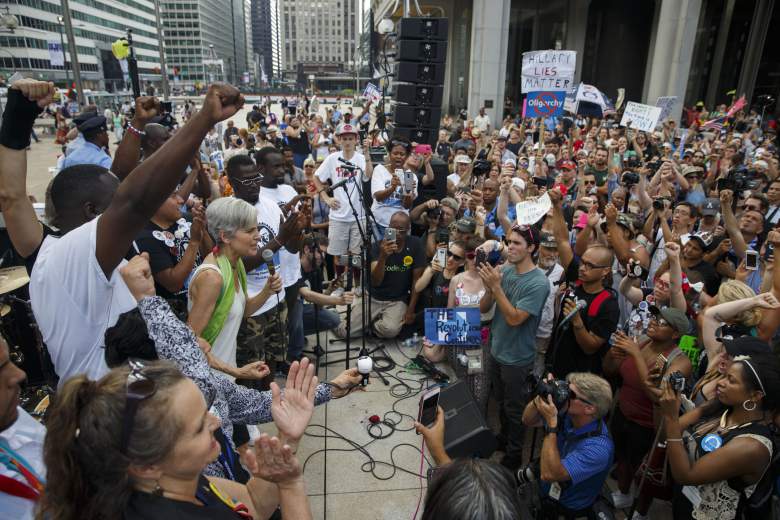 On this Labor Day, working people are experiencing an economic emergency. The economy is rigged to allow the rich to get richer while ordinary Americans are thrown under the bus. The economy is controlled by two corporate parties that have created an economic crisis, and a crisis in democracy. We need to reflect on what we must do to transform economic and political systems so they serve the people, not just the elites.

As the nominee of the only political party of, by, and for working people, I take this moment to take stock and explain how electing Greens to office will improve the lives of working people.

Our People are in Crisis

This month the Congressional Budget Office released astounding new statistics on the US wealth divide. Here were the key findings:

People of color are especially suffering. Over the past 30 years the average wealth of white families has grown by 84%—1.2 times the rate of growth for the Latino population and three times the rate of growth for the black population. If that continues, the average wealth of white households will increase by over $18,000 per year, while Latino and Black households would see their respective wealth increase by only $2,250 and $750 per year over the next three decades. With these trends, it would take black families 228 years to amass the same amount of wealth white families have today. That’s just 17 years shorter than the 245-year span of slavery in the United States.

On Labor Day the nation should be reflecting on these facts.

We Stand for Strong Labor Unions

The Economic Policy Institute issued a report this week that showed how the decline in union membership has been a key factor in the unfair economy. For a male without a college degree and not in a labor union, real wages today are 11% lower than they were in 1979. All workers have seen stagnant wages for three and a half decades.

A major reason for this decline is the intentional destruction of labor unions. Private-sector workers in a union have fallen from 1 in 3 workers in the 1950s to about 1 in 20 today. Politics is about power and the loss of organized worker power has meant a loss in political power for all workers.

Labor unions began to lose power with the passage of the Taft-Hartley Act in 1947, passed by the leadership of both parties. This stripped power from unions by removing their right to assemble and organize to fight for their rights. Taft-Hartley outlawed sympathy and solidarity strikes, as well as secondary boycotts where workers refuse to cross picket lines when they were not directly party to a labor dispute. The major result of Taft-Hartley has been to transform unions from direct action agents to cautious administrators of contracts with no-strike clauses so the company cannot sue the union for violating the contract. As president I would work aggressively to repeal Taft-Hartley and restore the rights of workers to organize.

In addition, a Stein/Baraka administration would put forward legislation to make it easier for workers to organize and demand their fair share of the economy. The Green Party knows that strong unions are the foundation for living wages, good benefits and pension plans that assure a dignified retirement.

We Stand for a New Economy

The Stein/Baraka campaign is about political power. That is why we call our plan The Power to the People Plan. The plan creates system-wide change to create jobs and empower workers to reverse the damage done by the two corporate parties. Meaningful work is a human right. A Stein/Baraka administration will seek to:

We propose a Green New Deal that would create 20 million new jobs as part of building a clean, sustainable energy economy with the goal of transitioning to 100% clean renewable energy by 2030. This includes a World War II type mobilization to transform the economy by investing in public transit, sustainable agriculture, and conservation. We urge a public works project to overhaul and modernize the infrastructure of the United States and a new Work Projects Administration that makes the government the employer of last resort in a full employment economy. This new fair economy for workers will ensure a $15 living wage for all workers, provide healthcare to all, abolish student debt and guarantee free education from preschool through college.

We also know that a fair minimum wage is not sufficient, we seek to build wealth from the bottom up by supporting worker-ownership, encouraging development small businesses, putting in place worker-profit sharing plans and worker and community cooperatives. People and communities need to be building wealth. The already super-wealthy should not be the only ones benefitting from economic growth.

Beyond good jobs, people need retirement security. The United States should double Social Security benefits. This will lift our seniors out of poverty and provide a broad stimulus to the economy. It should be paid for in part by ending the income cap on Social Security taxes.

One of the worst legacies of the first Clinton administration was the enactment of corporate-controlled trade agreements like NAFTA. These agreements, which are really crony capitalist trade designed for big business at the expense of all of us, created a race to the bottom that sucked wages and jobs out of the US and destroyed Mexican agriculture and wages. Indeed, it is the source of much of the immigration from Mexico.

And the Democratic Party leadership wants to enact the Trans-Pacific Partnership, as well as the Transatlantic Trade and Investment Partnership with Europe and the Trade in Services Agreements. This triad of corporate trade deals will result in a global corporate coup creating even larger wealth and income divides, the privatization of government services and turning programs for the public good into profit centers for Wall Street. The Stein/Baraka campaign opposes these trade deals and favors fair trade that puts workers, people and the planet before the profits of big business.

To pay for this, we would enact a fair tax system where those who have profited from the crony capitalist corrupt economy pay a higher progressive tax. Someone who earns $1 million, $10 million or more should not be taxed at the same rate as someone who earns $50,000. Hedge funders who earn millions should not be able to avoid taxes. A package of progressive tax reforms would raise hundreds of billions annually. While we pay taxes on purchases of food, clothing and shelter, the investor class should be required to pay taxes on purchasing stocks, bonds, derivatives and other benefits. A Financial Transactions Tax could raise up to $400 billion a year in new revenue.

This Labor Day we should not only reflect on the realities of wealth-dominated government, but also what we can do about it. The power to transform the economy and government is in our hands. We must not be afraid of our power or doubt that the people, the 99% who vastly outnumber the wealthy, have the power to remake our future.