Join Jill Stein in Philly during the DNC to keep the revolution going! 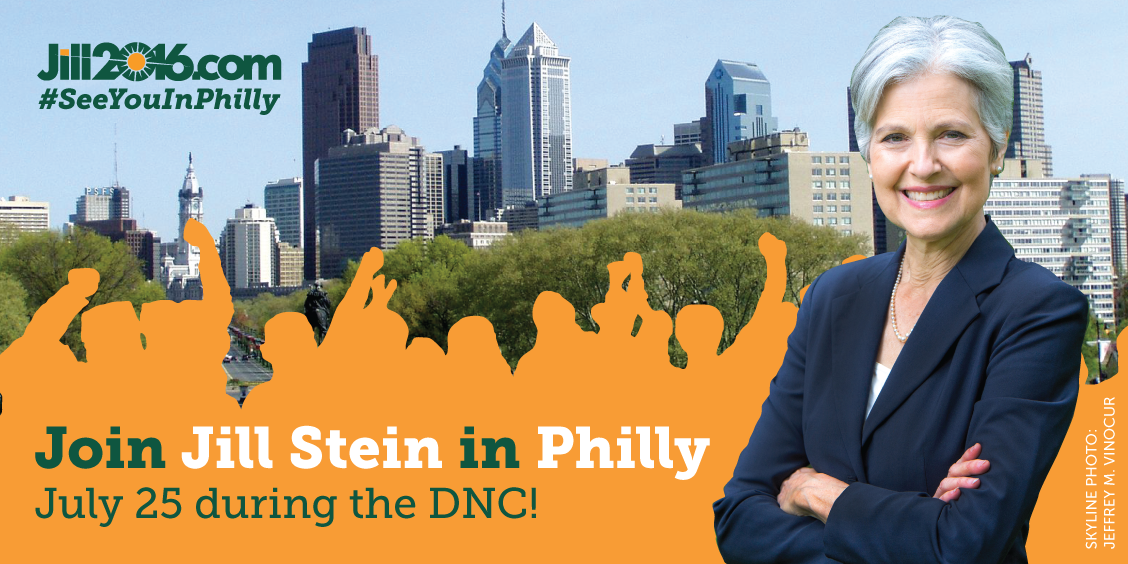 People across America are standing up against a rigged political system. Millions are angry and disgusted with the corruption on full display during the Democratic primary, with the Democratic National Committee blatantly paving the way for Hillary Clinton’s selection.

So at this year’s Democratic National Convention in Philadelphia, the streets will be filled with fed-up Americans demanding their voices be heard.

And whenever Americans rise up to demand real democracy, you can bet Greens will be there.

Will you join me and campaign supporters in the streets of Philly on July 25 during the DNC as we march and rally for an America that works for all of us?

During the primaries, millions of Americans said they were ready for a political revolution. They signed up to take our democracy back from big money, win our right to free healthcare and higher education, fight for workers’ rights and tackle the climate crisis head on.

Our campaign is all that and more. And I’m running to build a truly democratic party that supports this revolution 100%.

But we need to get the word out that there’s still a choice for every voter who wants to keep the revolution going. That’s why it’s so crucial that we bring as many supporters to Philly on July 25 as possible.

Whether you just want to march with me and the Greens, or you want to help us reach out to disenfranchised voters who are desperate for a real progressive choice, we need you in Philly!

Find out more about our plans for the DNC – and how you can help us make history.