Jill Stein: Why 5% for the Green Party is a win for America 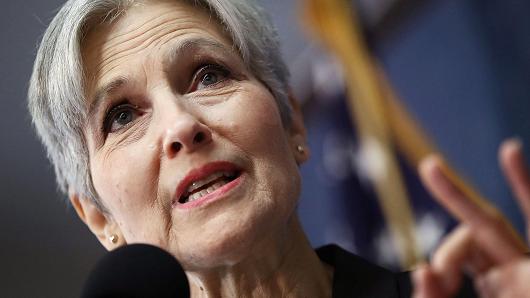 In 1854, a few thousand people gathered in Jackson, Michigan to launch an independent challenge to a national political system dominated by two parties. “Of strange, discordant, and even hostile elements,” a party leader later recalled, “we gathered from the four winds…[with] every external circumstance against us.” This challenge was fueled by the radical abolitionist movement that united white workers and formerly enslaved Africans against the criminal institution of slavery, as a response to the political crisis caused by the Kansas-Nebraska Act.

In just two years, this insurgent third party — created by movement activists — had gained ground across the Northern states, challenging the Whig Party. In short order this insurgent “third party” had become a major opposition party. By 1858 they had won an influential foothold in Congress, and by 1860, that party leader — Abraham Lincoln — was elected President of the United States.

It’s painfully obvious that the Republican Party has strayed dramatically from its early radical roots in abolitionism, equality, and peace. But it’s also quite fitting that, in 2016, as that party is declining into dangerous reactionary know-nothingism, the opening for a new party rooted in radical equality, environmental justice, and peace to rise up is bigger than ever. Amid the raging flames of austerity, endless war, impending climate change, and the most polarized election in modern memory, a record 57 percent of Americans are yearning for another choice, and for an independent political party that will truly represent their interests, according to a recent Gallup poll.

“Casting a ballot for the lesser evil in a corrupt and failing two-party system — which only promises more of the same — is the very definition of a wasted vote.”

This has been a bellwether year for the Green Party. As corporate, mainstream political pundits scoff at and attack my “unlikely” candidacy, we have been traveling throughout the country, talking with people from all walks of life and organizing on the ground with a fast-growing base of support from “unlikely” voters: millennials, indebted students, poor and working class people, immigrants, people of color, and many others who have given up on the two establishment parties out of disgust and frustration. Those who hear our message — for people, planet, and peace over profit, for canceling student debt, and for a Green New Deal that will revive the economy and turn the tide on climate change — become truly inspired and motivated to stand up for justice and democracy, as an engaged and informed citizenry should.

As we grow, we are coming closer to a tipping point for political change.

Just 5 percent of the national vote for the Green Party Stein/Baraka ticket can be a true game-changer for American politics. It will qualify the Green Party for recognition as an official national party, and for federal funding in the 2020 presidential race proportional to the amount of votes received — at least $8 million to $10 million. It would also secure ballot access in a number of states that automatically grant ballot status if the presidential candidate receives anywhere from 1 percent to 5 percent of the vote (varying by state). It means the party can leap over the undemocratic barriers to ballot access for independent parties in many states, and help us lay the groundwork for a truly competitive challenge to the two-party system and the corporate rule it perpetuates.

Our grassroots, people-powered campaign has achieved incredible gains in this election cycle, despite having had a fraction of the media coverage and an even smaller fraction of the vast resources of the two major parties. With the material benefits that come with 5 percent of the popular vote, we will have unprecedented resources to continue building this movement for progressive change, shoring up power from below, and paving the way for a new, sorely needed politics of integrity and transformation.

As Donald Trump‘s campaign implodes, Hillary Clinton moves ever closer to an electoral-college landslide. This gives voters an unprecedented strategic opportunity to vote Green to achieve the critical 5-percent threshold and launch the independent political movement Americans are clamoring for.

Casting a ballot for the lesser evil in a corrupt and failing two-party system — which only promises more of the same — is the very definition of a wasted vote. In contrast, every vote for Stein/Baraka and the Green Party is a true investment in the future. A majority of Americans are disgusted with the political farce we are enduring. They are desperate for a principled alternative to the predatory bipartisan establishment, and seek a positive path out of the two-party trap. Investing your vote in a 5-percent victory for the Green Party can make it happen.