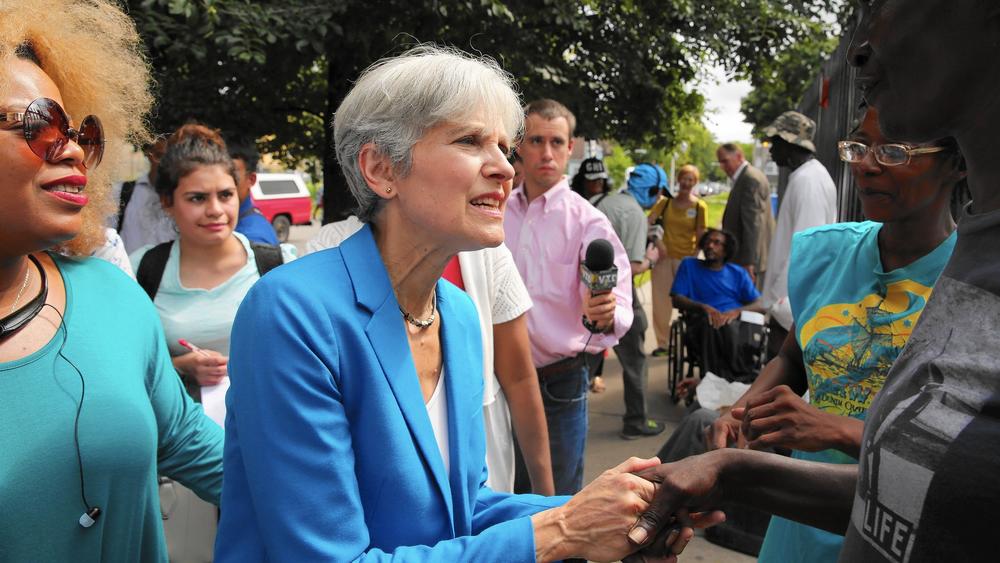 A voter revolt is brewing in America. People are fed up, and they should be. The super rich are destroying our economy, sending our jobs overseas and making our planet uninhabitable. But instead of offering real solutions, the two-party system has produced the two most disliked and distrusted candidates in history.

In a Fox News poll from Sept. 30, 57 percent of voters said their choice in the presidential election is motivated primarily not by enthusiasm, but by fear of the other candidate.Democrats and Republicans have lost ground to independents, now the largest voting block. Meanwhile, an incredible 57 percent of Americans polled recently by Gallup say the Democratic and Republican parties have failed and we need a new major party. In short, the American people are ready for real competition to the two-party system.

As I travel the country, I hear disgust with both parties, especially among young people. They see a political establishment that is unwilling or unable to tackle the dead-end economy, crushing student debt, endless expanding wars, growing climate crisis and injustice in our legal and immigration systems. They see Donald Trump as an ignorant, bigoted predator and Hillary Clinton as an untrustworthy insider with a troubling record. The Green Party’s message makes sense to many because Greens have the freedom, as the only national party that doesn’t take corporate money, to speak out for fair, common-sense solutions that establishment politicians won’t touch.

But while the two-party system may be deeply unpopular, it’s also deeply entrenched. Greens and Libertarians have both spent tremendous resources to overcome laws designed by Democrats and Republicans to keep competition off the ballot. Yet despite this milestone, the mainstream media have given us less than 1 percent of the coverage they’ve given Trump and Clinton. Of the relatively tiny amount of coverage we get, most is either openly hostile or subtly negative, constantly reinforcing the idea that Americans can never hope for a better choice than the lesser of two evils.

The establishment’s strongest line of defense is the presidential debates, controlled by a private corporation run by Democratic and Republican party elites. A landslide 76 percent of Americans wanted a four-party debate, according to a September USA Today poll. Yet the Commission on Presidential Debates insists that candidates can only participate if they’re polling 15 percent nationally — a near impossible task when your media coverage is 1 percent of that of the establishment parties. Supposedly this is to keep out “non-viable” candidates. It certainly does help prevent other parties from becoming viable in the eyes of the public.

What would our history look like if another challenger to the two-party system, Abraham Lincoln, had been locked out of debates by the dominant parties of his time, the Democrats and the Whigs? The Republican Party was an upstart in a time of discontent, the successor to anti-slavery parties like the Liberty Party and the Free Soil Party. Lincoln led the anti-slavery Republican Party to victory against the strongly pro-slavery Democrats and the “lesser evil” Whigs. Later, the Equal Rights Party championed women’s suffrage. Around the start of the 20th century, the Socialist Party and other progressive parties advanced major reforms we now take for granted, including Social Security, unemployment insurance, worker’s compensation, food and drug regulations, the eight-hour workday, ending child labor and the direct election of U.S. senators.

Today our country is once again mired in discontent. A handful of recent polls indicate that more than 60 percent of Americans believe we are on the wrong track. Confidence in Congress is at a record low. Clearly Americans feel the political establishment is not addressing the fundamental issues that we’re concerned about. So why do the debates and the media shut out competing visions of our country’s future? Why not let the American people see even one debate with four candidates?

Some say the two-party system is too entrenched, and you can’t play unless you’re a Democrat or a Republican. Indeed, our first-past-the-post election system allows both parties to scare voters into line: Vote for the lesser evil, or else!

But despite all their dire warnings about splitting the vote, the Democrats and Republicans have resisted ranked-choice voting and other reforms that would expand voter choice. Power concedes nothing without a demand, and if we want to fix this broken system to empower the people, we need to support candidates who will challenge the status quo.

Jill Stein is the Green Party’s nominee for president of the United States.