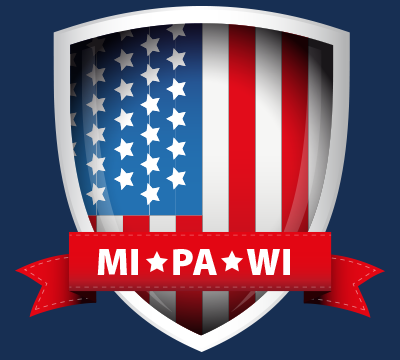 Fueled by a dramatic outpouring of grassroots support by voters across America, Dr. Jill Stein’s campaign to demand recounts in three states gained momentum today as recount requests were filed by Pennsylvania voters in more than 100 precincts across the state. The campaign expects recount requests to be filed in many more precincts in the Keystone State in the coming days. Pennsylvania state law requires that three voters in each precinct must submit an affidavit requesting a recount for that precinct.

On Friday, the campaign filed a request in Wisconsin for a statewide recount by hand and this coming Wednesday, Stein plans to request a recount in the state of Michigan. The effort by Stein, the Green Party candidate for President, is the first-ever attempt to demand recounts in multiple states following a presidential election.

The recounts themselves could begin in Pennsylvania and Wisconsin as soon as this week.

“Americans deserve a voting system we can trust,” said Dr. Stein. “After a presidential election tarnished by the use of outdated and unreliable machines and accusations of irregularities and hacks, people of all political persuasions are asking if our election results are reliable. We must recount the votes so we can build trust in our election system. We need to verify the vote in this and every election so that Americans of all parties can be sure we have a fair, secure and accurate voting system.”

Today’s new requests for recounts in precincts across Pennsylvania comes amid an unprecedented outpouring of small donations for the effort from across the country. After opening a fundraising drive on November 23, Stein’s campaign has raised $6.5 million toward a goal of $7 million to cover the recount costs. The funds have come from over 137,000 donors with a $46 average donation. The recount funds are being held in a dedicated account, separate from Stein’s Presidential campaign treasury, and will be used to pay for all costs associated with the recounts, including required payments to states, lawyers, volunteer recruitment and other technical assistance.

“Our grassroots recount campaign has been supercharged by the incredible support coming in from Americans from across the political spectrum to verify the vote in this election,” said Dr. Stein.

Stein’s campaign has issued a call for volunteers to observe the recounts in Wisconsin and Michigan and to submit affidavits requesting recounts in Pennsylvania. To volunteer, interested individuals should contact the campaign at http://jill2016.com

While direct evidence of vote tampering or irregularities can only surface through a recount or an audit, experts say the possibility of hacking voting machines of all kinds provide reason for concern. This year sophisticated hackers targeted the voter registration systems of 20 states and got into at least two, Illinois and Arizona. State elections offices’ databases were targeted. The DNC was hacked, along with the personal email of a senior Clinton campaign official. Several states saw overvotes and discrepancies between pre-election polling and the final result.

Additionally, many states, including Pennsylvania and Wisconsin, continue to use outdated or unaccountable voting systems such as Direct Record Electronic (DRE) touch-screen machines. In Pennsylvania, a paper record does not exist for votes made on DREs. Several states, including California, Maryland and Virginia, have banned or are phasing out the use of DRE touch-screen machines over security concerns. These reforms came after the Green Party presidential candidate in 2004, David Cobb, now Dr. Stein’s campaign manager, led a recount effort in Ohio and New Mexico that exposed problems with the machines and helped to launch a nationwide movement for election integrity.

Wisconsin, Michigan, and Pennsylvania were chosen for recounts by Stein after consultation with cyber security experts and election integrity experts and advocates because of their razor-thin margins, the vulnerability of their voting systems and heightened concern over many of the issues mentioned above.

Dr. Stein and experts on voting and cyber security believe that  ballots should be verified through recounts or audits in every election to ensure the ongoing security, accuracy and integrity of the U.S. voting system.

“We must strengthen Americans’ confidence in their democracy and we can only do that if we verify the vote,” added Dr. Stein.

Wisconsin: On Monday the Stein campaign is filing a case in state court in Dane County, Wisconsin seeking a court order directing that the recount in that state be done exclusively by hand. The recount demand made on Friday requested a hand-count, but today’s legal petition seeks to override possible decisions by some counties to choose to recount votes with machines instead of counting by hand the paper ballots filled out by the voters and registered on optical scan machines on election day.

Michigan: On Monday the Michigan State Board of Canvassers is expected at 2 p.m. to certify the results of the November 8 election. According to Michigan law, candidates have within 48 hours to request a recount, and the Stein campaign plans on Wednesday to demand a statewide hand-recount. The recount campaign Monday will issue a statement from Dr. Stein to the Board of Canvassers that will preview their petition for a statewide recount, to be made officially on Wednesday.